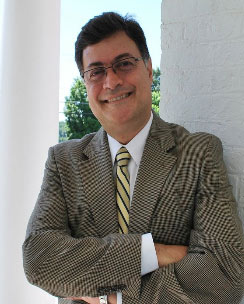 Prior to creating Marcus Goncalves Consulting group, Prof. Goncalves held the appointment of Chief Knowledge Officer and subsequently Chief Technology Officer at Virtual Access Networks (1999 - 2002), where he lead, developed and co - patented the concept of a dynamic transcoding proxy, or an internet “cloud,” awarded Best Enterprise Product at Comdex in the fall of 2001; this lead directly to Symantec acquiring the company six months later. At that time, he was CEO of iCloud (2003), which was acquired by GenExpo a year later, and the acting COO of Parkingaccess.com (2002). MGCG originally specialized in IT solutions, training and applications, but after the dot.com revolution, the group decided to focus on general management, project management, developing business in emerging economies, risk & knowledge management. MGCG attracted partners worldwide and consulted in more than 60 countries all over the world. MGCG is nowadays a wide network of engaged and trained consultants, working together with more than a dozen of partners. MGCG had a wide array of clients, from small and medium sized enterprises to several global multinationals.